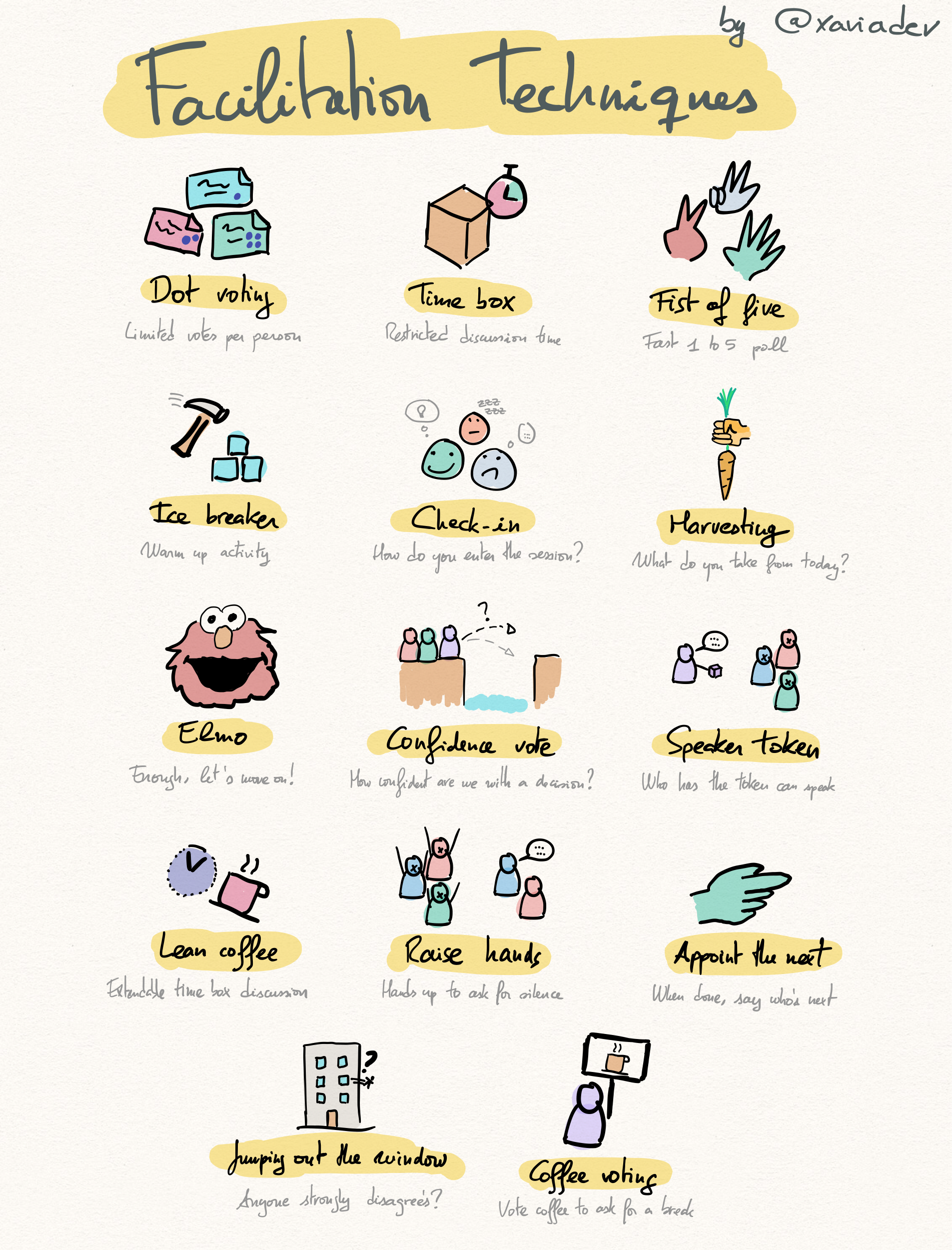 Facilitating meetings or retrospectives is something we do quite often nowadays. Meetings can add a lot of value, but at the same time are expensive (have you ever calculated what was the cost of a meeting for your company in 💸)? If not, you should do that, it can be surprising).

Over the years, I have learned some practices and techniques that helped me improve what we get from the time invested in the meeting.

Whatever activity you are going to do, the facilitator should know what the goal is so it can help achieve it. A very good way to increase your chances is by letting everyone attending know what the goal is too, and this better be done at the beginning of the session.
Apart from letting people know the goal, I like to share the agenda. People gain consciousness of the time budgeted for every step and everyone is in sync. It can also raise discussions like "Sorry, but I don't have enough energy to do this now", which is something you'd like to know at the beginning of the session and not half-way through.

If you have silent people and vocal people, prepare exercises that allow every voice to be heard, like post-it exercises with hidden voting. If you have a high trust and respect group, you can go for more open activities. If I have no clue who your group will be, I like to do two activities when the session starts: Tool to prepare retrospectives. Plenty of ideas of activities. Awesome book/Website full of games for everything (opening, planning, presenting, closing, ...) Spotify tool for teams to start running their retrospectives on their own in a fun and easy way